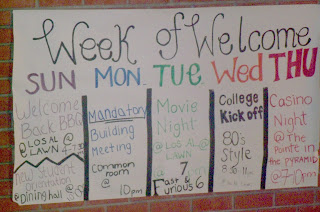 With the arrival of the US students CSULB offered a Week of Welcome, hosting events around the campus.

Sunday kicked off the week with a Welcome BBQ, bringing burgers and corn dogs, candy stalls, and representatives from the Greek houses onto Los Alamitos lawn. For me this was followed by a night off campus, spending the night with friends from home and my new roommate. 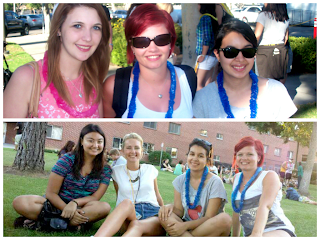 Monday was the first day of class for most students, with building meetings that night. This was a chance to meet the other people who are living in our building. Probably not a bad idea considering the close quarters and shared bathrooms! Our building are interestingly called the The A-Team (Hillside A), after the Ed Sheeran song. I’ll leave you to think about that one…

Skipping Tuesday’s event of watching Fast & Furious 6, I had my first experience of real Mexican food. While driving to a hole-in-the-wall and sitting on a street corner while a 12 year old serves your food may not seem the most appealing, I can highly recommend a Californian Burrito. Apparently this is carne asada, cheese, guacamole and French fries rolled into a flour tortilla. It was delicious but I wouldn’t eat one too often! 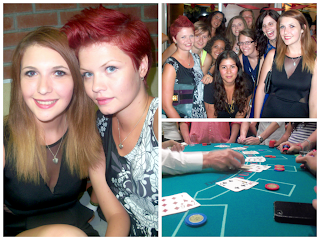 The entertainment on Wednesday was an 80’s themed College Kick-Off. I’m not too sure where the 80’s theme came into it; it certainly wasn’t the music or what anyone was wearing. For British students who undoubtedly learnt during Fresher’s that alcohol is the answer to any awkward situation, the night wasn’t off to the best start. But eventually you just accept that you are under 21 and have fun anyway.

To end the Week of Welcome there was a Casino Night at the Pyramid. With “Dress to Impress” plastered on the promo, this proved a challenge for those of us who only have 32kg worth of clothes! There was a nice atmosphere and lots happening, but it was too crowded to really play at any of the tables. I chose to keep my complimentary chip (an imaginary $100) as a souvenir of the evening, and save the real gambling for my 21st in Las Vegas.

Labour Day Weekend saw most of the US students heading home to spend the holiday with their family. This left the International students a chance to explore, and for our first excursion we headed to Universal Studios in Hollywood. For CSULB students there was a great offer of just $69 for an annual pass, and by using your free bus and the Metro, transport there cost just 50 cents. 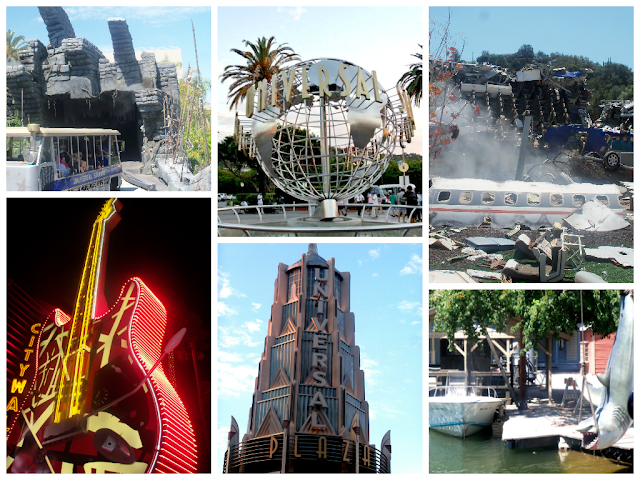 The Studio Tour is a must-see, from the fake cities to well-known locations, you can really feel your place in Hollywood. I would also recommend some of the simulator rides, for enjoyment factor and impressive graphics. However, the shows are cheesey and the American humour didn't translate well with our British group. The Citywalk was a great way to spend the evening, browsing the shops and dinner at Hard Rock Cafe, one of my personal favourite places.

That night in LA we drove around to see the sights, such as Sunset Blvd. and Rodeo Drive, followed several hours later by a crazy midnight swim. We won't be forgetting that night for a while! Saturday provided a too-cool LA brunch and trip to Venice Beach. Venice Beach has a great atmosphere with lots happening and a funky LA buzz. A hot-spot that I plan to return to in the near future! 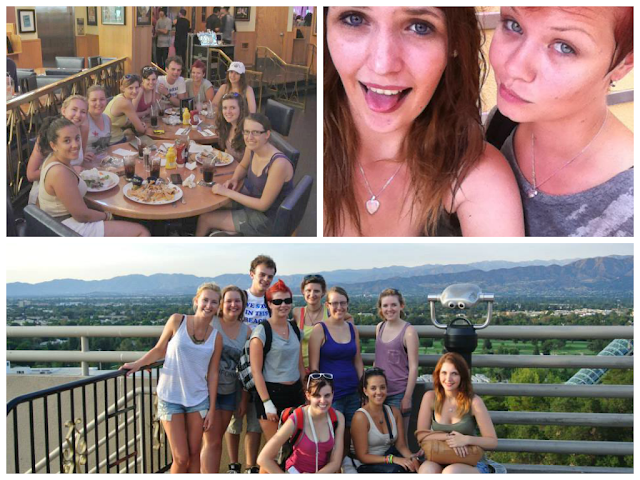