Last week I received the greatest news straight from the Daily 49er, after over one month of musical isolation in Long Beach, they announced the official arrival of the CSULB Underground Music Society.

Bringing together local musicians and music lovers UMS kicked things off with an opening meeting and event on Thursday 26th September.

The meeting was a chance to meet fellow fans from a variety of underground genres, setting the scene for an exciting year, followed by a live show in The Nugget featuring four underground local bands.

Animalia kicked the evening off with a bang, grabbing the attention of anyone within ear shot. Some strong tracks struck out in their set, but unfortunately a crash course in harmonies was needed as the vocals left much to be desired.

Next up The Moderates, a classic rock band from Long Beach, took to the stage with full force. Don’t be fooled by their youthful appearance, these guys are one to watch; with strong instrumentals, ringing the bells of some respectable influences, and a truly outstanding voice leading the show.

Digging up some punkier sounds was another Long Beach band – Struckout, tearing it up with some meaty bass and kickass drums.

For the final act of the night The Two Tone Boners filled The Nugget with their smooth grooves and rhythmic ska sounds, enticing everything from toe-tapping to full on skanking. Keys, trombone, sax, guitar, drums, bass, and an exciting trio of vocals created an intense and powerful penetration that leaves a funky echo ringing for hours.

I for one can’t wait to see what else the CSULB Underground Music Society can cook up. To great friends, great music, and many nights to come – Cheers! 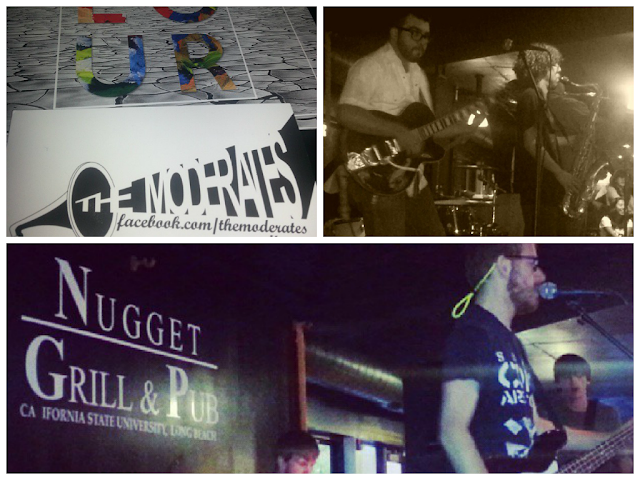